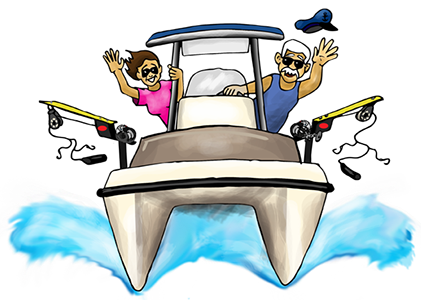 Requires descending devices be on board and readily available for use on commercial, for-hire, and private recreational vessels while fishing for or possessing snapper-grouper species.

If your needing a Bullet Proof, "SUPER EASY" to use fish descending device that will last forever that won't break the bank then don't settle for cheesy copies. We carry the original tried and proven "Fish Saver Descending Device". Check it out in the Rigs and Tackle section of this website. 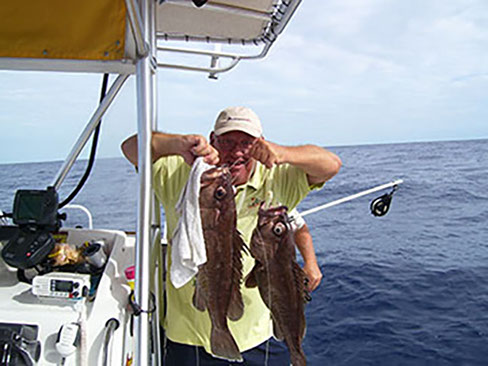 In this April 25, 2016 photo provided by The Great Red Snapper Count project, fisheries scientist Amanda Jefferson uses a dart tag applicator to tag a red snapper for release into Gulf of Mexico waters off the coast of Alabama. When the red snapper season begins this summer in the Gulf of Mexico, thousands of red snapper will carry such tags, worth $250 -- and some will have two of the tags for $500. (David Hay Jones/Great Red Snapper Count via AP)

NEW ORLEANS (AP) — When the red snapper season begins this summer in the Gulf of Mexico, some fish will carry $250 and even $500 worth of tags, as part of a study to estimate just how many of the popular sport and table fish live in the Gulf. The fish can be released as long as the tags are snipped off.

Scientists plan to tag 3,000 to 5,000 red snapper during April and May, said Greg Stunz of Texas A&M University-Corpus Christi, who is leading a team of 21 scientists from the five Gulf states and Virginia. He said some will use university research boats, but others will go out with anglers, charter captains and commercial boats - and researchers hope to get tags back from all three fishing groups.

Each tag will be worth $250. Some fish will carry two tags, to help scientists learn how many of the tags fall out. Those are the potential $500 fish. The tubular tags are about 4 to 5 inches (10 to 13 centimeters) long but only a couple of millimeters wide, Stuntz said, making them easy to snip off at the bottom.

Each has a yellow plastic insert bearing a five-digit tag number starting with the letters RS, and the words “Reward $250. Keep tag” and a phone number to call. To get the reward, anglers need to report the fishing port from which they departed, the date the fish was caught, the fish’s length and weight, the fish’s tag number, and the latitude and longitude where it was caught. The tag itself should also be mailed in, though Stuntz said the researchers may accept photographs.

Scientists expect about 10 percent of the tagged fish to be caught, Stunz said Friday.

“We’ll be wrapped up in about a year,” Stunz said.

It was designed to check the accuracy of federal red snapper figures.

Overfishing and incidental catch in shrimp trawls caused red snapper numbers to plummet disastrously from the 1960s to late 1980s. Since federal regulation of the catch began in 1990, numbers have rebounded. But in recent years the recreational season got shorter and shorter. Many anglers say federal estimates are too low and seasons too short. The problem, according to NOAA Fisheries , was that recreational anglers regularly caught far more than the quotas set by the Gulf Coast Fishery Management Council . An overage for one season meant fewer days for the next. State agencies said NOAA was using bad data.

In response, the Trump administration extended a three-day federal season in 2017 for an additional 39 weekend days, and in 2018 created a two-year experiment in which states would open and close their recreational seasons.

Two environmental groups sued in 2017, saying the change to that season would result in overfishing. Congress also allocated $9.5 million for the red snapper study, with the universities involved putting up another $2.5 million.

A team of 21 scientists are participating. Most are from Gulf state universities; the Virginia Institute of Marine Science also is part of the study, along with a scientist from the Louisiana Department of Wildlife and Fisheries. Three NOAA Fisheries scientists are described as noncompensated collaborators.

This Web Site was created by